Last week I received my Stadia Founders Edition. I've been looking forward to kicking the tires on Stadia ever since the reveal event earlier this summer, plunking down my pre-order within the first few minutes after the keynote event. At PAX West this year, I was also able to get a preview of the platform, playing Mortal Combat on a Pixel and DOOM Eternal on a desktop. From those controlled demos, the experience was impressive, and I found myself feeling some of the magic that Stadia is trying to demonstrate.

Demos are very far from reality, and Google certainly has their work cut out for them. Without local processing, Stadia has to run on a consistent internet connection that averages around 18mbps down in the United States. When folks expect the performance of local experiences, even a single moment of less-than-precise control feedback or a significant resolution buffer mid-game is a nail in Stadia's coffin.

So I was very keen to put Stadia through the paces on the opening week to see if it could stack up to its claims.

What's in the Box: 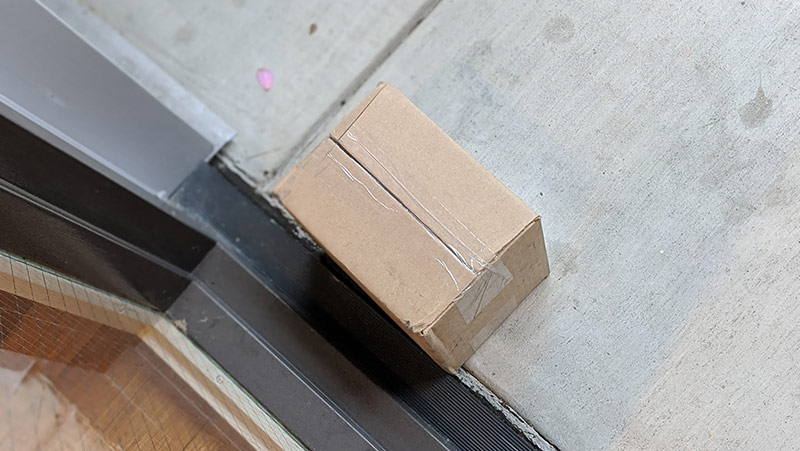 For the standard Stadia experience, there's two required devices: a Chromecast Ultra and your Stadia controller. 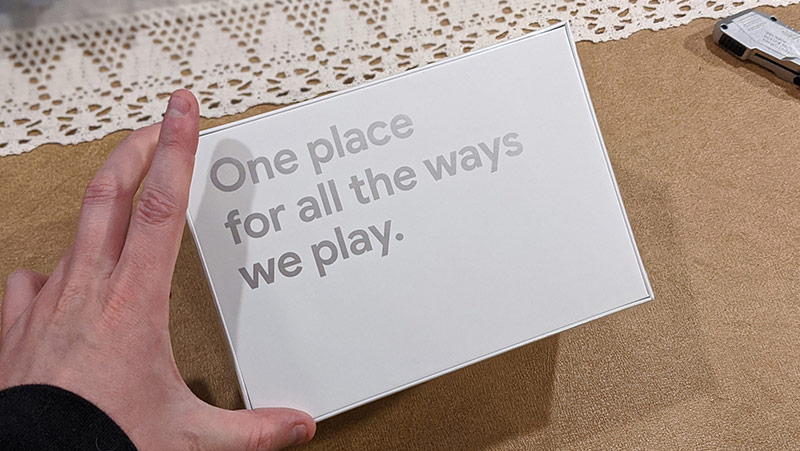 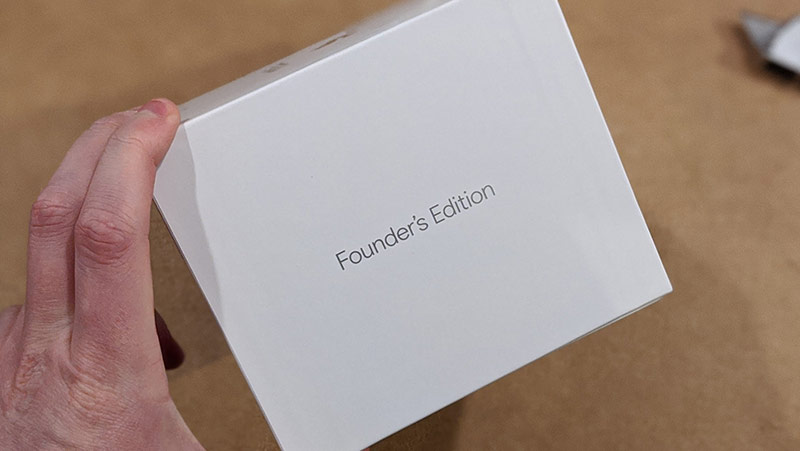 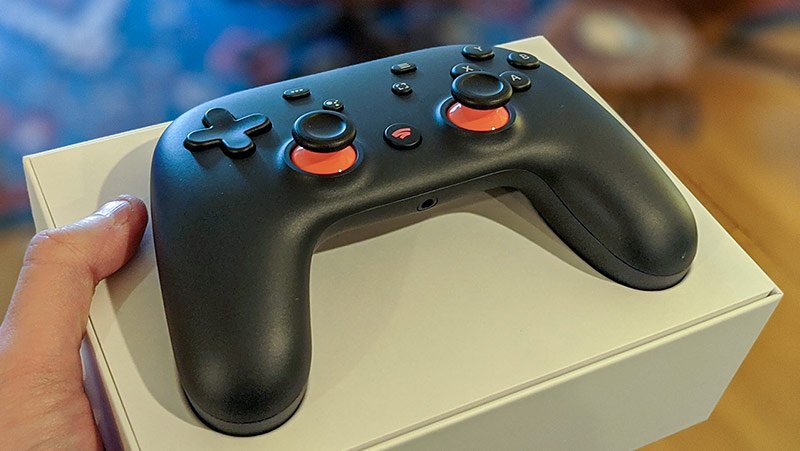 As a bruised backer of the Ouya, build quality is always the first item on my evaluation list. I found the controller to be strong and in line with PlayStation and Xbox. It's comfortable, the buttons are ergonomic with great feedback, and it feels tough enough not to shatter if someone rage-throws it across a room. 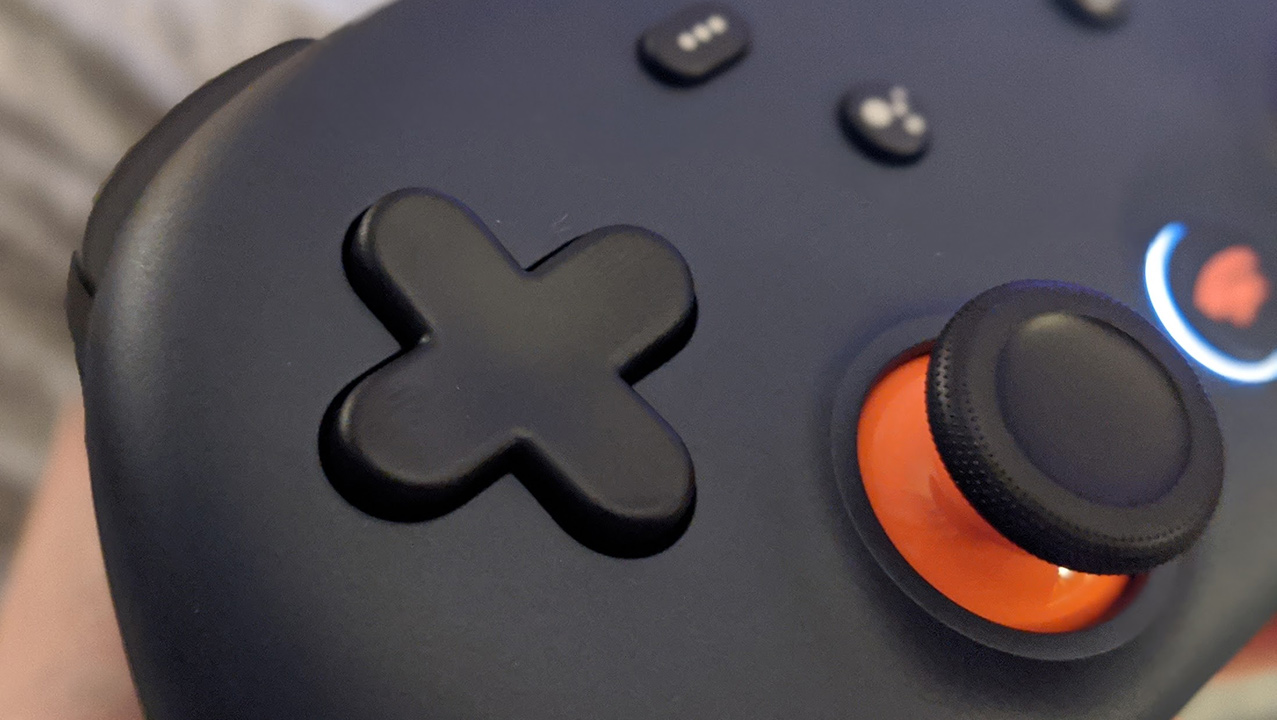 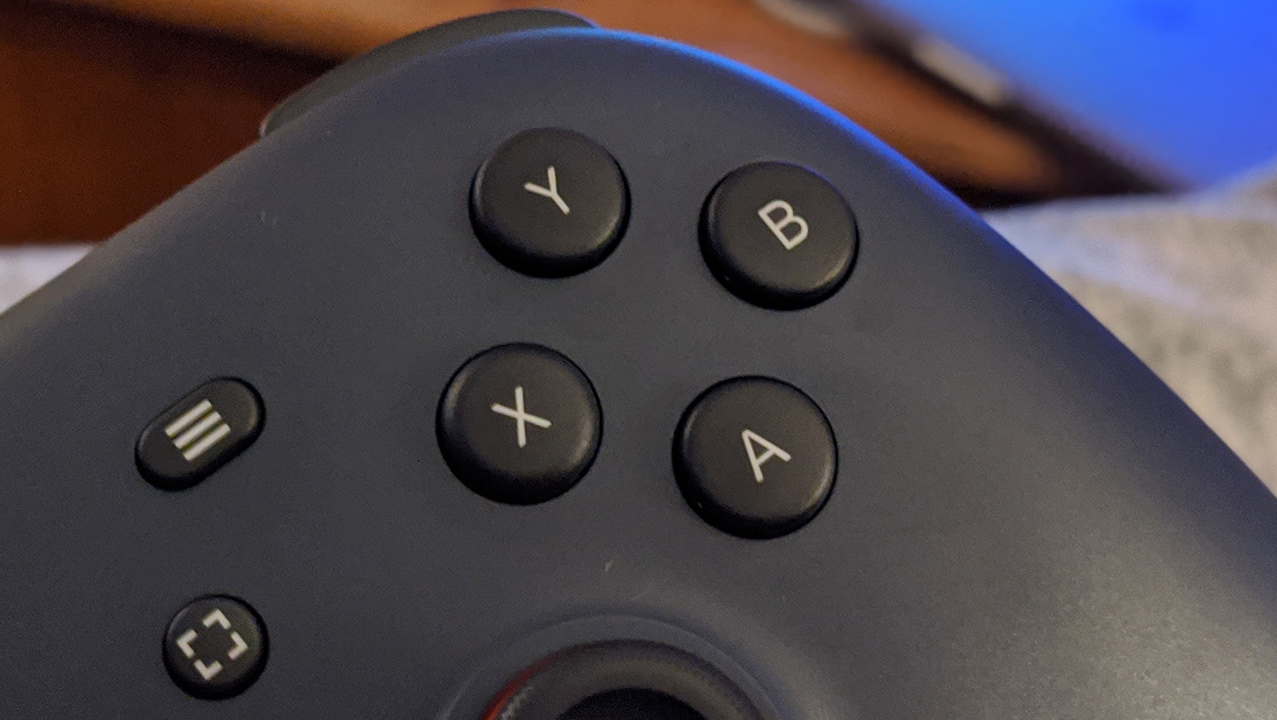 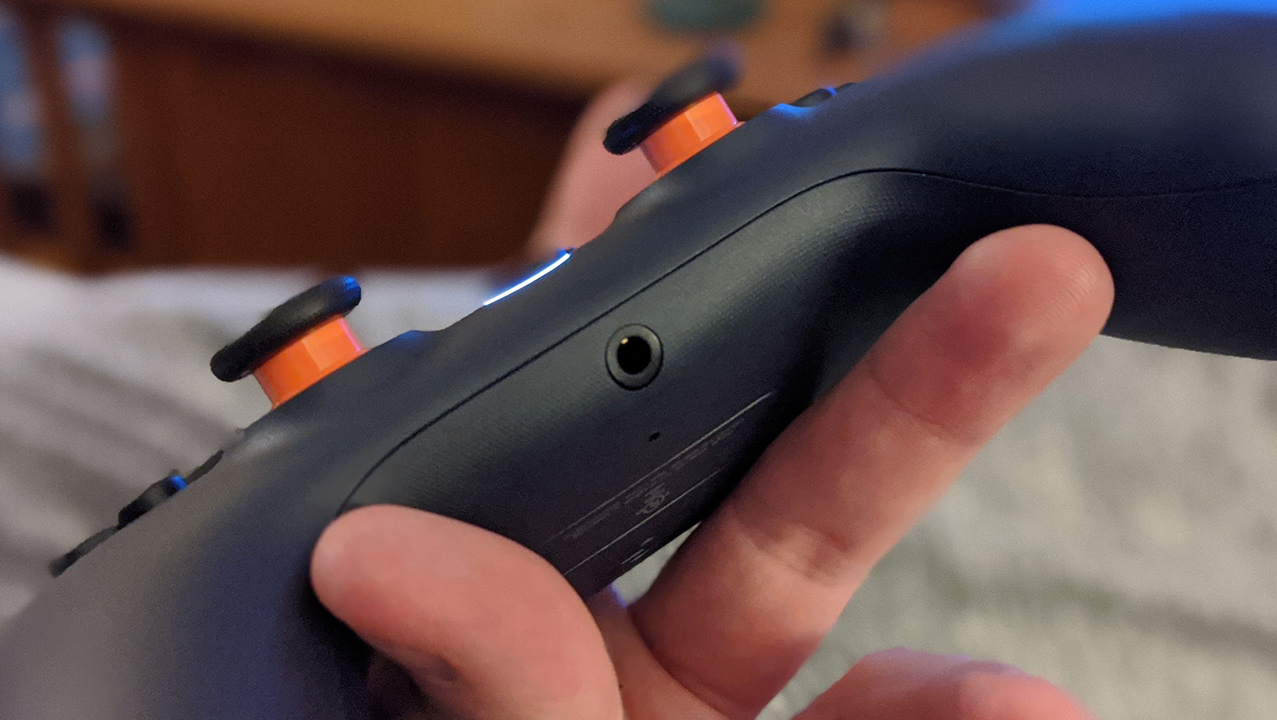 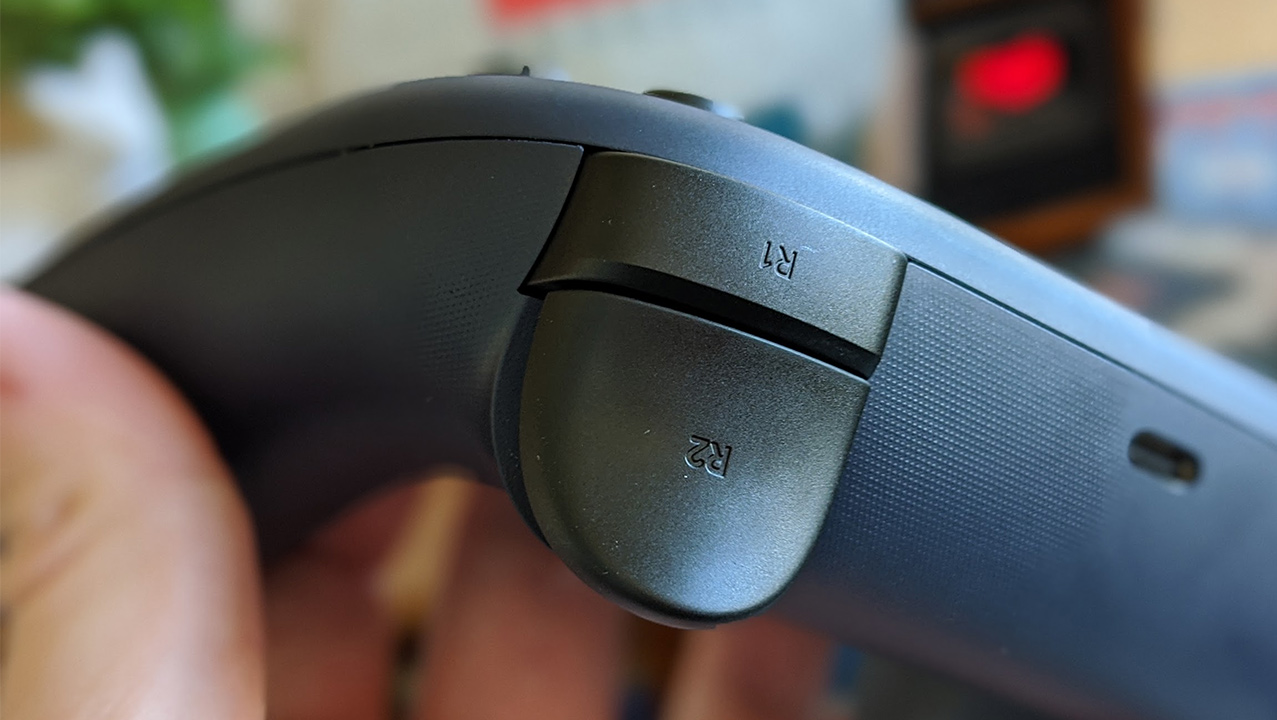 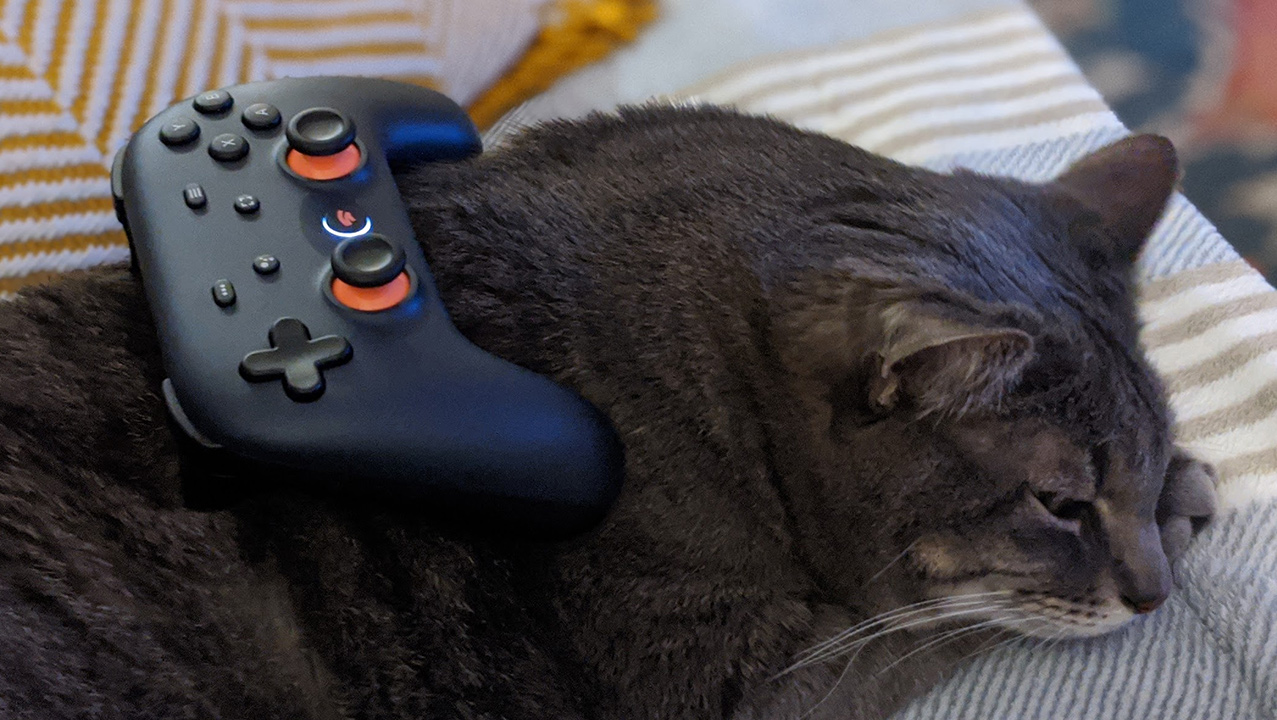 The second item is the Chromecast Ultra, which comes with an AC adapter that sports an Ethernet plug. I hadn't expected the ability to hardline, but very happy to have the option - any ability to reduce connectivity issues is a smart move for everyone. 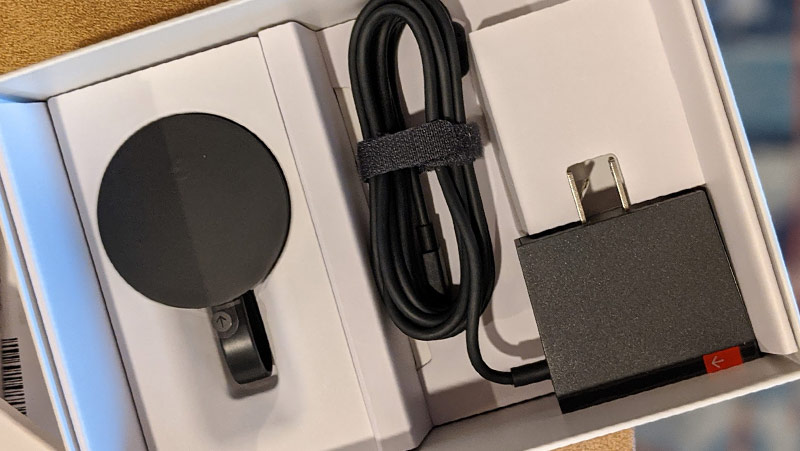 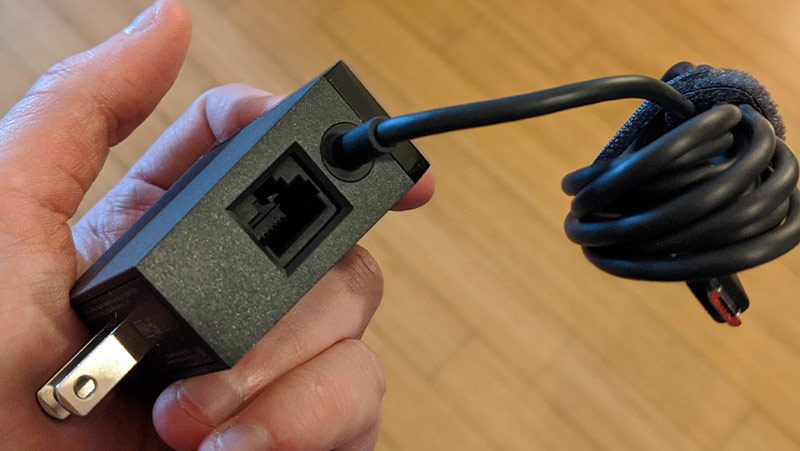 A curious thing to note is that while the controller is USB-C, the Chromecast is still an aging USB-Micro. This is definitely not a dealbreaker but implies that the design was only minimally modified for Stadia. 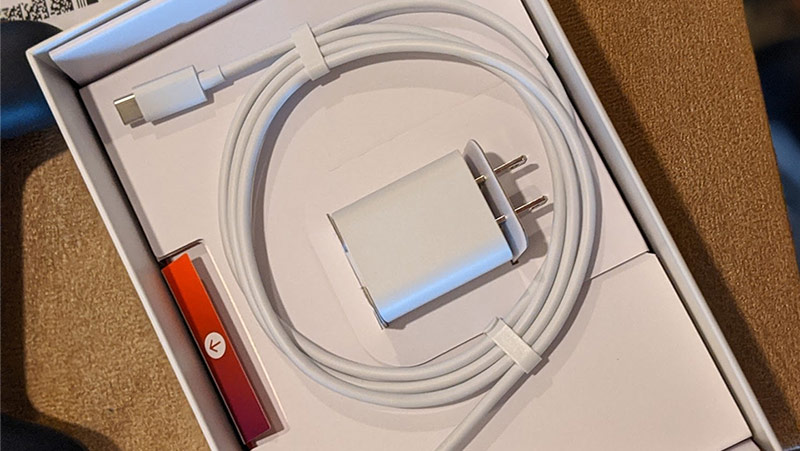 That's basically it. The packaging is very much in line with Google's other hardware offerings. Instructions point you to download the Stadia mobile app for setup.

Setting Stadia up is an exercise in coordinating communicating between 2 mobile apps, your Chromecast, and your controller. Plugging the Chromecast in prompts an update using the Google Home app. For Stadia, hooking everything up requires the Stadia mobile app. After following the on-screen instructions, you're ready to cast to your TV.

Let's get into the real test: gameplay. I've been a hardcore Destiny fan since the beginning and have several hundred hours banked in Destiny 2. One of the major pulls for me is being able to utilize Destiny's Cross-Save abilities. Cross-Save lets you play Destiny on any platform you like and then saves all character progress, so things are always synced. Cross-Save is not Cross-Play, however, so you can't play with friends on your Stadia if they're on a PS4.

Playing Destiny on PS4 as a robust comparison, I mapped some differences I noticed. These observations were on opening day, so I'd suspect that server populations were reasonably slow.

One of the major bugbears for Destiny on PS4 is that loading screens and menus take forever. On average, starting up Destiny on PS4 takes about 2 minutes. On Stadia, that load time was a few seconds. I'm not sure if this is more of a PlayStation issue or a Stadia Pro, but it was a breath of fresh air.

Same thing for pulling up menus. When you're in a sweaty match in Crucible Comp and need to swap weapons for the map, you're going to be killed a few times waiting for the menu to open. On Stadia, it was blazing fast. Like, gameplay-altering fast. I was able to swap weapons immediately after a death and get things locked in before respawning a few seconds later. 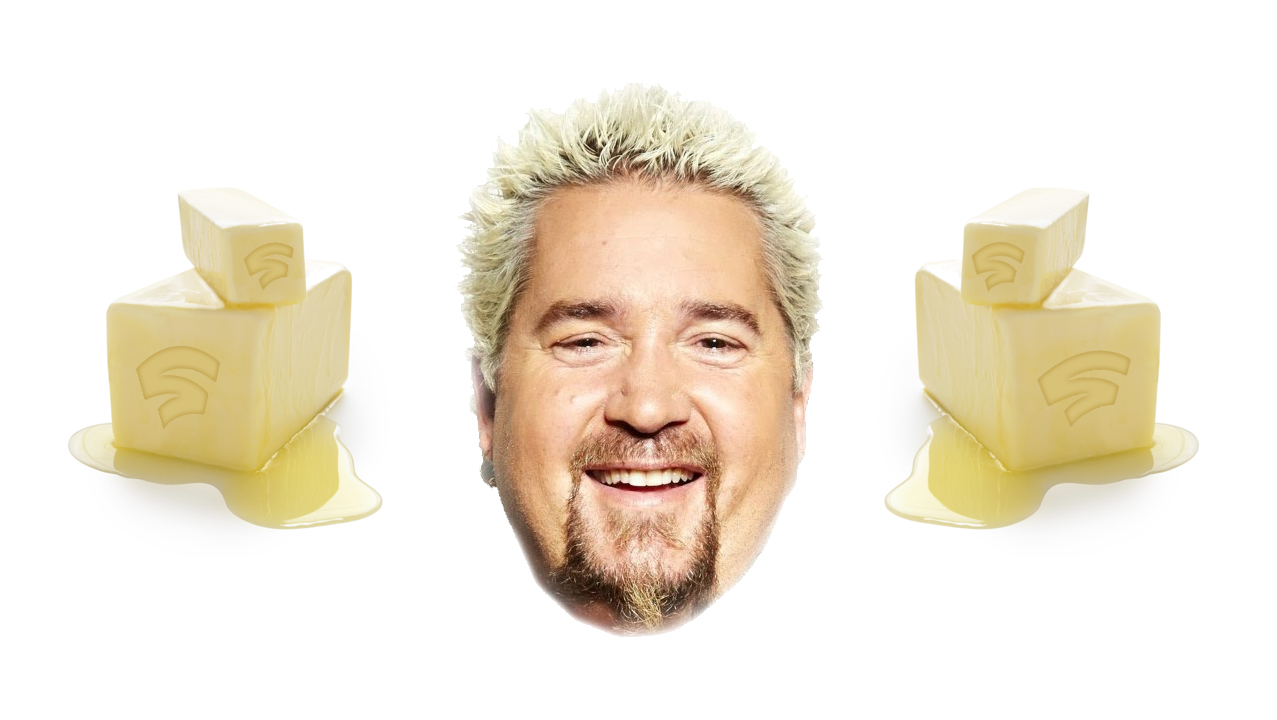 Be prepared for flavor town, because it's just butter here on out. The frame rate and responsiveness compared to PS4 are fantastic (30 vs. 60fps). I found myself snapping open menus constantly just to feel the silky smoothness. 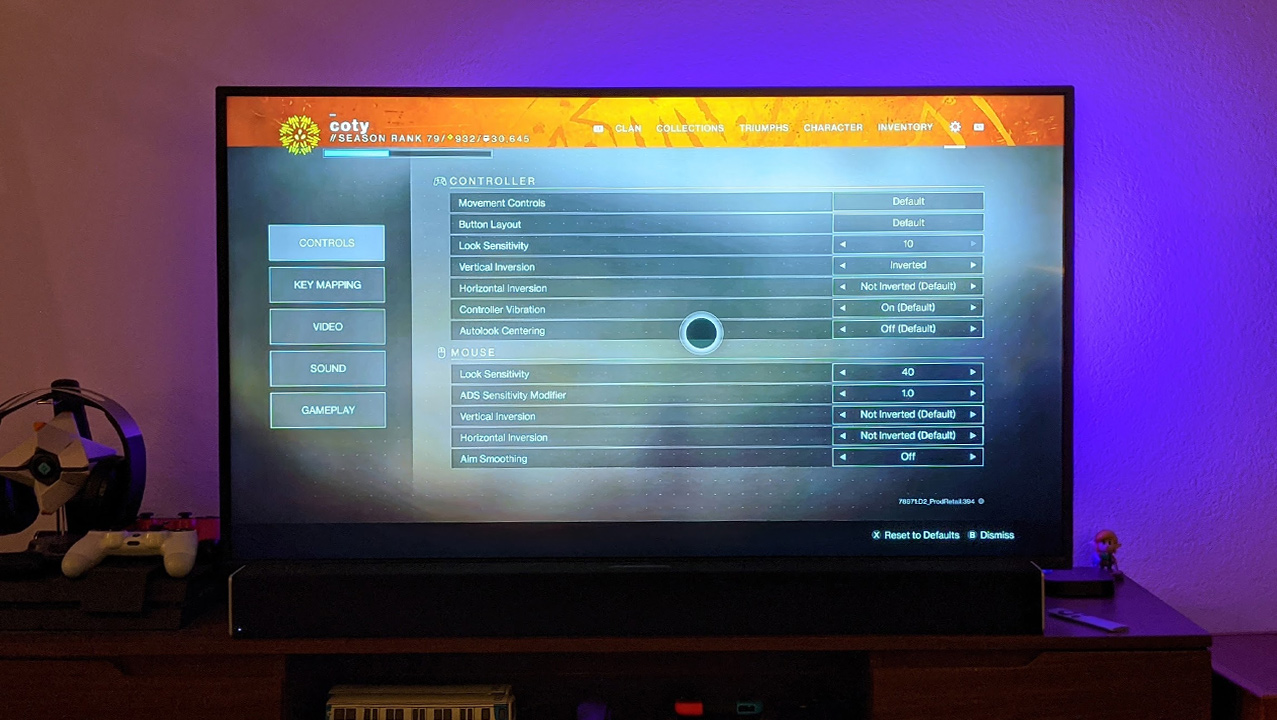 Also, a thing to note here is that Stadia is set up as a PC first, not a console. This is likely to maintain it's any-platform-any-time strategy. 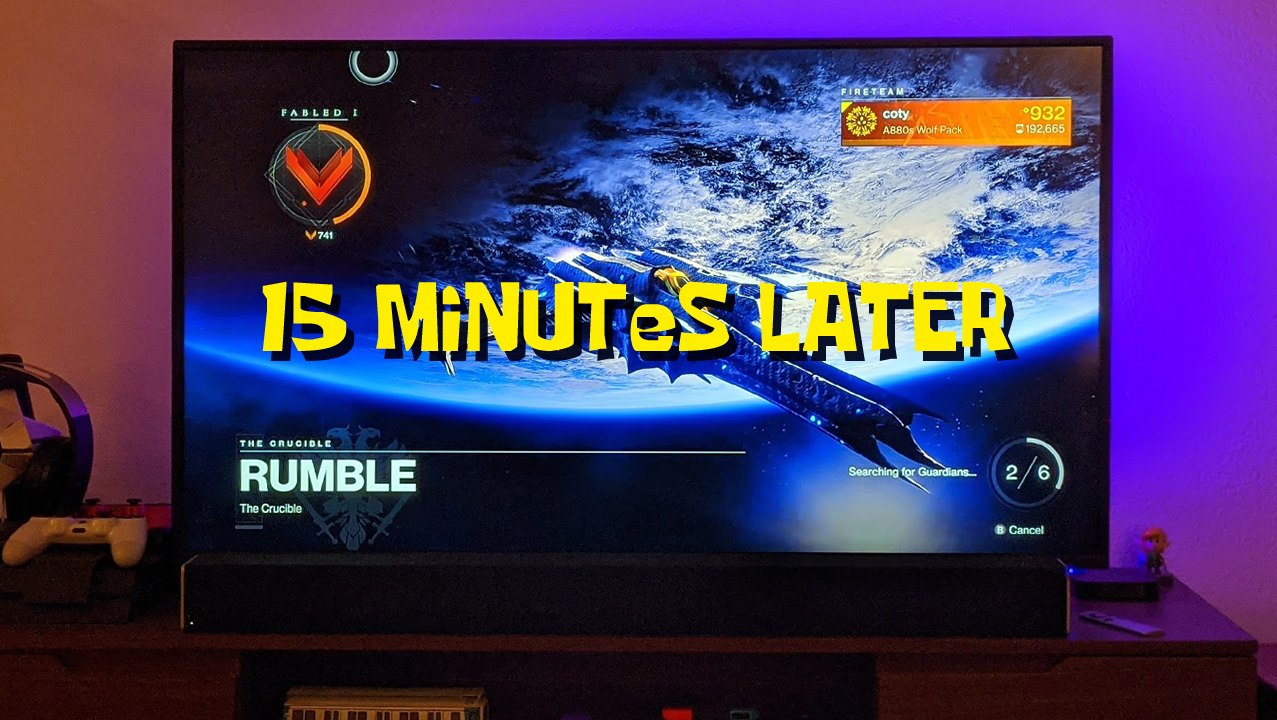 Matchmaking was a big letdown. In Survival, I would often wait 5-10 minutes on average, a clear difference from the minute or two that PS4 takes. I would suspect that as populations increase, I'll see these times drop to be competitive with PlayStation. I could also see Stadia taking much longer to gain the audience that the PS4 currently has, so who knows. 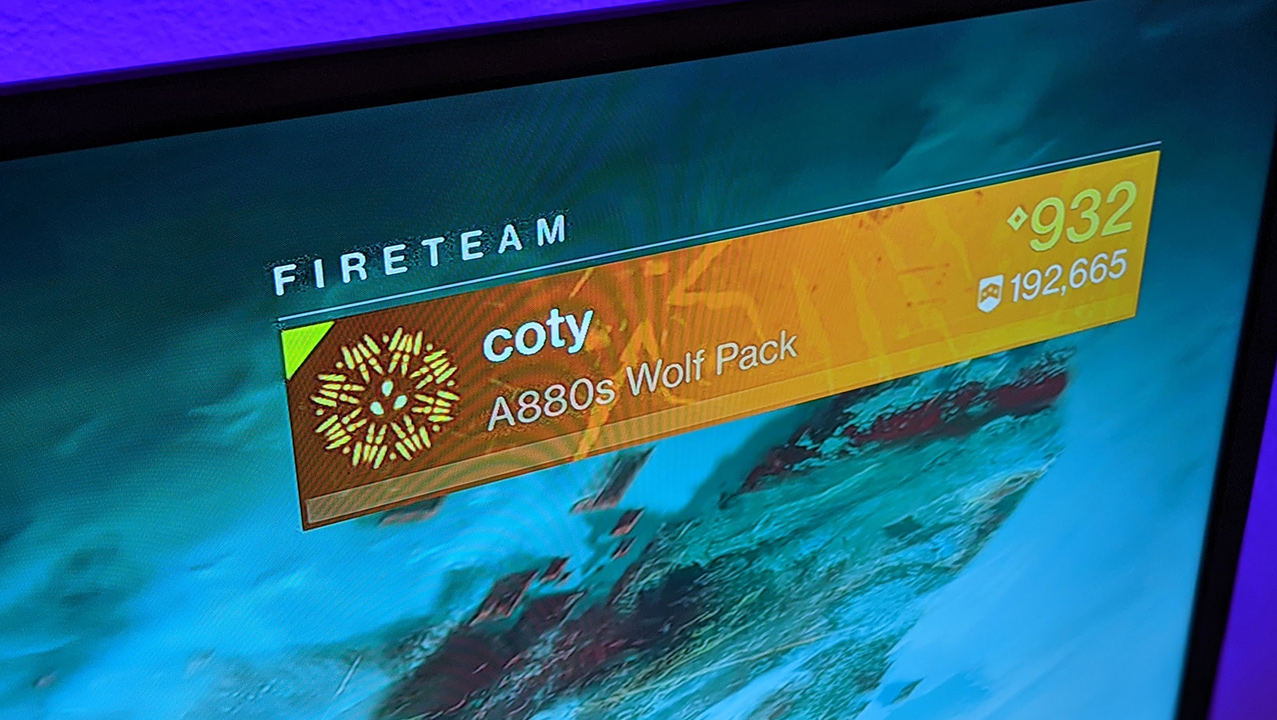 Chances are that you have a good chance at locking in a name you actually want in Stadia right now. Tired as one of the significant benefits of Stadia, seeing your real name as your handle is more delightful than I expected. There is still an issue with capitalization changes at this time, however, with Google rolling out support sometime in the unknown future. That means if "coolguy" was what you picked, today you won't be able to change it to "CoolGuy" etc.

Having a crack as whatever handle you like is wild. For instance, I matched 4 games in a row with someone named "Xbox" and was able to see "You killed Xbox" a few dozen times, a first in my entire gaming career.

UPDATE - I contacted Google support to get a name change and have found out that they have case-sensitivity in their user names. That means there's multiple people out there with casing derivatives like Xbox, xBox, and XBOX. To me, that seems like a very terrible idea, but likely a bandaid fix they've enacted so people can lock in more unique names as they initially promised. Here's my transcript with Google.

Right now, Stadia is pretty bare. Frankly, if I weren't a hardcore Destiny player, I'm not sure if I'd be worth tracking down today. However, since Cross-Save is in the works, I'll be closely monitoring things as they improve. I'd suspect that there's plenty of first-month bugs to be ironed out, and plenty of folks will still join the ranks before year-end.

I have a fiber connection to my house with an upload/download of 500mbps, and I still experienced buffering and lazy input feedback at least once in a four-hour session. Unless you don't have a console that you're already playing games on or are super into Destiny, I'd recommend holding off for the time being.

After some initial bugs are sorted and a few titles are released, I'd feel comfortable recommending Stadia as someone's first budget console. Even then, they probably will still need to have a good internet connection (50-100mbps+). 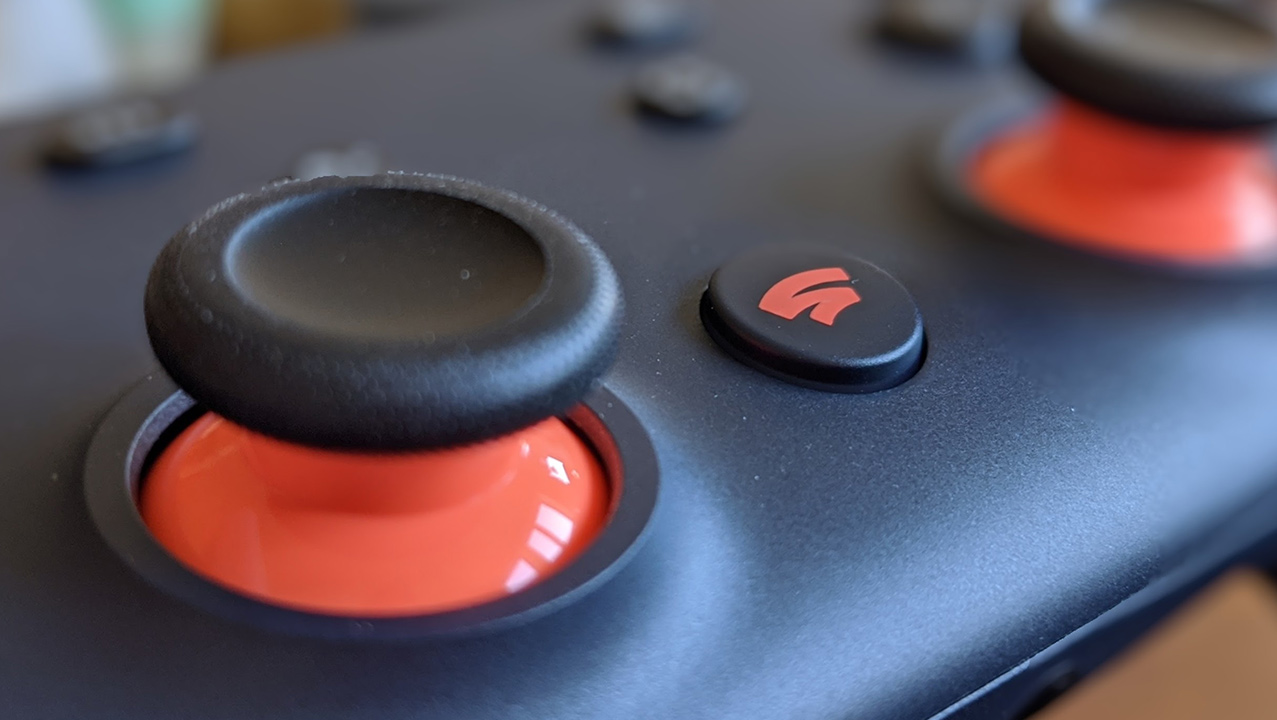